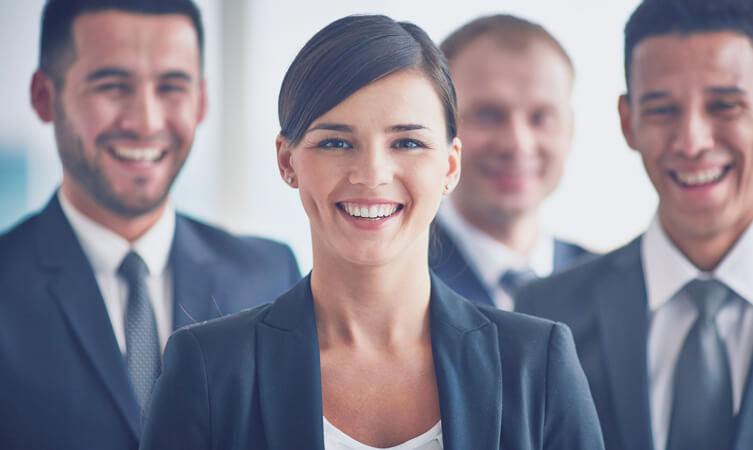 This week, I finally watched the movie “The Martian,” starring Matt Damon. Damon plays Mark Watney, an astronaut trained in botany who is left for dead on Mars. Watney must stretch his food rations to keep himself alive in case help arrives. Using all the tools in his mental toolbox, and with no way to communicate with NASA, he engineers methods to keep certain death at bay until the next planned Mars mission touches down. In four years. Thousands of miles across the freezing cold planet. Not that I’ll ever be alone on Mars—I hope I’m never on Mars at all … they have the worst coffee there—but I do know that in this business you can sometimes feel like you’re on a strange planet. It’s called Sales. And if you’re going to survive here—and hopefully thrive—you need to use your inner resources to get ahead. But unlike Mark Watney, you’re not alone.

Don’t Give Up!
Damon’s character goes up against impossible odds, yet he never crumbles, instead finding solutions to whatever problem he faces. In sales, we also must contend with issues that could undo us—objections and other roadblocks that can shoot our deals into outer space and negatively impact our livelihood if we’re way behind in our numbers. If the “Martian” were in sales, he’d take a systematic approach, looking for the root cause and then finding a fix. There’s a good chance that what you’re facing off against is not an alien presence, but something that starts with your own behavior, or stems from a team issue. Whatever the problem is, share it with your manager and find a solution together.

Respect the Process
In “The Martian,” the main character changes his destiny by taking small steps that lead to a better outcome for himself—getting his feet back on the ground on Earth. Process is key in sales as well. To be successful in this business, you must trust in the process that works best for getting you and your team where you want to be. Don’t skip steps! Damon wouldn’t neglect to put on his space helmet before exiting the airlock. Dur. Similarly, avoid suffocating out in the sales-verse because you skipped a pivotal process point. You’ll never make it if, for example, you try to rush the discovery or presentation phase. Adhere to your process to the letter.

Expect the Unexpected
An unfortunate series of events comes together to maroon Damon’s character on Mars, despite his being a good astronaut and doing everything by the NASA playbook. It’s all sadly out of his control. But he makes the best of being trapped, troubleshooting right away—and using copious amounts of duct tape. A good salesperson is no stranger to circumstances that are beyond their influence. Customers experience budget shortfalls, key contacts leave the company; maybe bad weather brings everything to a halt. Basically, any number of internal events can result in lost revenue and cancellations. Take your losses and move on to other opportunities in your pipeline.

You Already Have the Tools for Success
Being marooned on Mars, Watney uses knowledge and ingenuity, MacGyvering together modes of survival by salvaging NASA equipment left over from previous Mars missions. In sales, it’s easy to get caught up in the notion that you need the latest cyberspace gadgets in order to do your job. Yes, the past decade’s technological advances have enabled us to work in a more streamlined, efficient way; we can connect with customers in ways that are universes beyond phone and email. But in the world of B2B sales, even the latest gadget is no substitute for those crucial human moments between buyer and seller that happen during the sales process. Sure, up your game with the tools of the trade, but remember that people still buy from people—and always will. Keep your focus on the basic elements required for a successful sale.

Out of Adversity Comes Success
Whether on Mars or on Earth, the best way to improve your outcomes is to learn from failures and mistakes. We all flub things—it’s what you do from there that matters. Be like the “Martian” and know that there’s no perfect method for getting ahead. Trial and error come with the territory of making customer connections, architecting great deals, and nurturing long-term client relationships. Figure out which steps and processes work best for you, and then replicate those methods as you make first contact with each potential client.

If you haven’t seen the “The Martian” yet, give it a look. You’ll learn a lot about inner strength—and maybe come away with more of an appreciation of having your feet on the ground, on planet Sales. (Duct tape not included.)

Take Your Sales To The Next Level

Contact us at 1 800 232 3485 send us an email, or fill out our contact form to speak with one of our experts and learn how we can help you increase your sales.